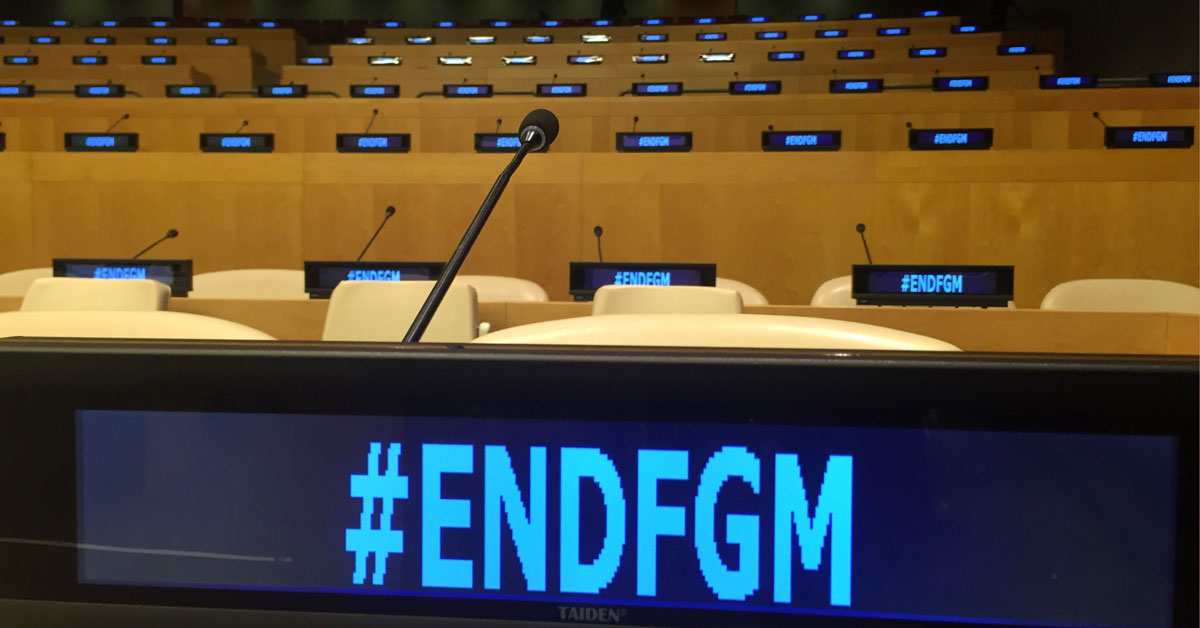 On February 8th 2016 representatives of governments, UN agencies, and civil society gathered in the ECOSOC Chamber at the United Nations in New York.  The occasion was the International Day of Zero Tolerance for Female Genital Mutilation (FGM).  UN Secretary General Ban Ki-Moon opened the program, celebrating progress made to date on the issue, and UNFPA Executive Director Babatunde Osotimehin went on to acknowledge the commitments of governments taking a stand to end FGM.

J Marshall Events last worked with UNFPA on the International Fistula Day launch so we were thrilled to be asked to help produce another exciting program with them.  Facing many challenges including a change of date mere days before the event and a potential change of venue, the JME team rose to the occasion and the several hundred guests were treated to a moving and thought-provoking program. 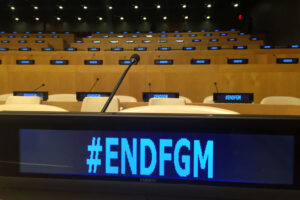 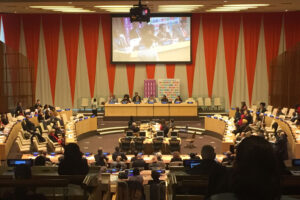 We were also delighted to work once again with one of our favorite journalists and television presenters, Femi Oke, who came on board as moderator. Keeping everyone on track she facilitated a lively discussion among a panel of experts, including activists and survivors of FGM, as well as government and UNICEF representatives. 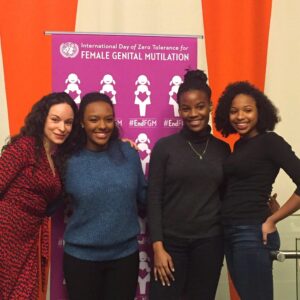 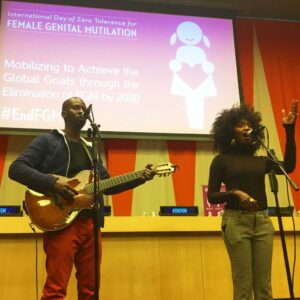 The ECOSOC Chamber erupted in applause after three adolescent actresses from the The Arts Effect All Girls Theater Company, performed the play “Uncut, Her Story” which portrayed the experiences of FGM survivors. Presented by Equality Now and written and directed by Katie Cappiello, the room shook as guests gave the performers a standing ovation.

Musician and FGM survivor Inna Modja closed the program with a rousing performance which was resumed in the Delegates Dining Room where the guests relocated for a light lunch. Inna, who was on the panel, is an advocate for the elimination of FGM and an outspoken opponent of violence against women.

The full event webcast is available on the UNTV website. Show your support #EndFGM.