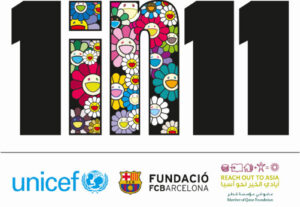 For our first event of 2015, JME were especially delighted to manage the press launch of the 1 in 11 Campaign Initiative in early January. UNICEF, the FC Barcelona Foundation and Reach out to Asia (ROTA) have formed a partnership to address the global problem of 58 million children (1 in 11) being out of school.  The goal of the 1 in 11 Campaign is to reach disadvantaged children through the power of sport within education giving every child a chance to fulfill their potential. 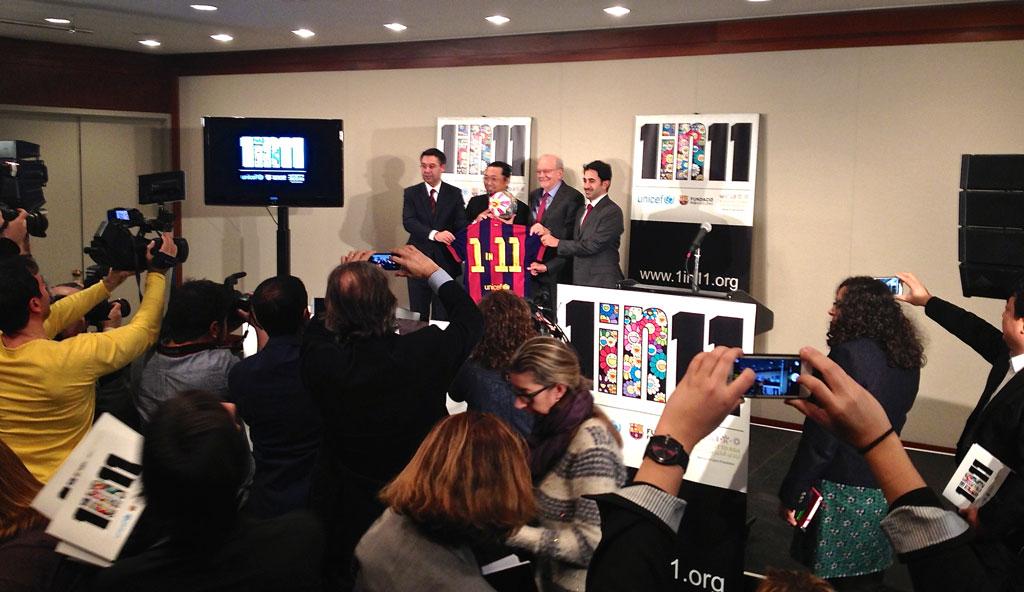 The event premiered the 1 in 11 campaign film featuring sports stars Lionel Messi and Serena Williams demonstrating their own “Keep Ups” challenge and inviting fans to join them at www.1in11.org. 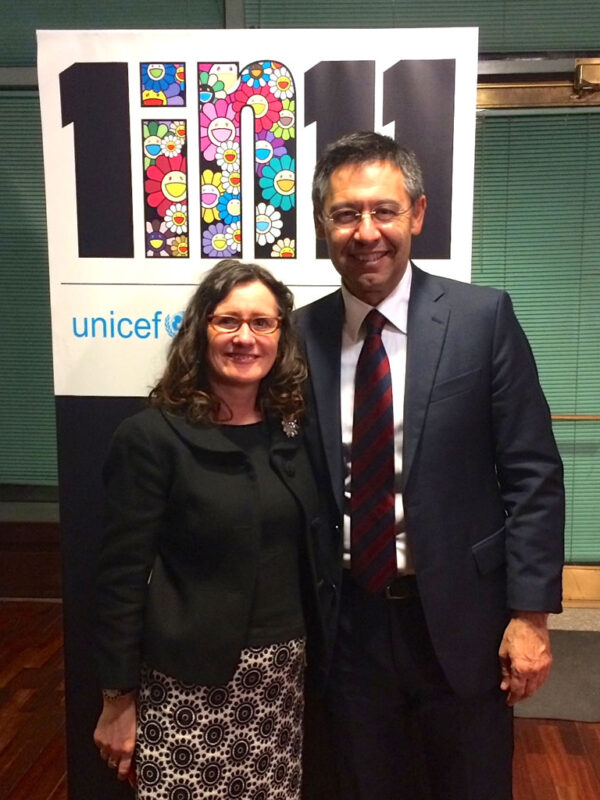 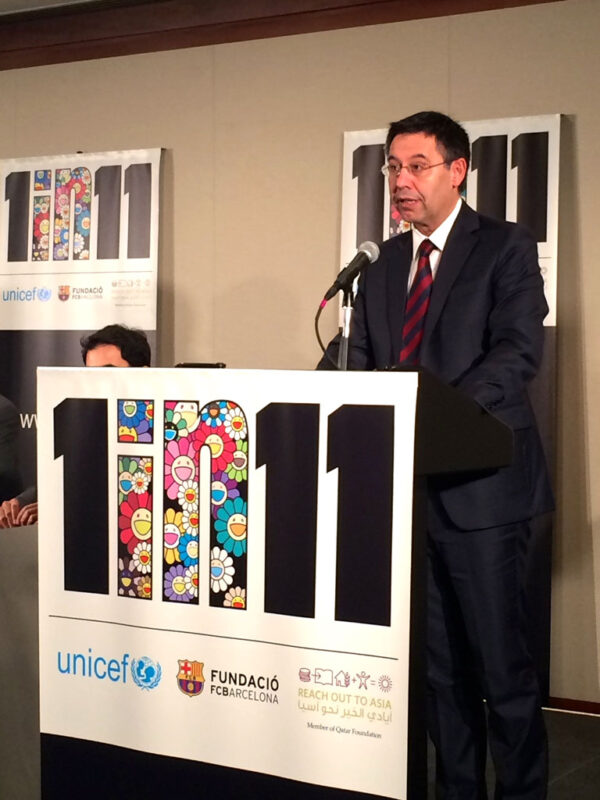 A great way to “kick off” the New Year!

Artworks donated to support the 1 in 11 Campaign, including two specially commissioned works by Takashi Murakami and Damien Hirst, will be in auction at Sotheby’s in London on the 12th of February 2015.