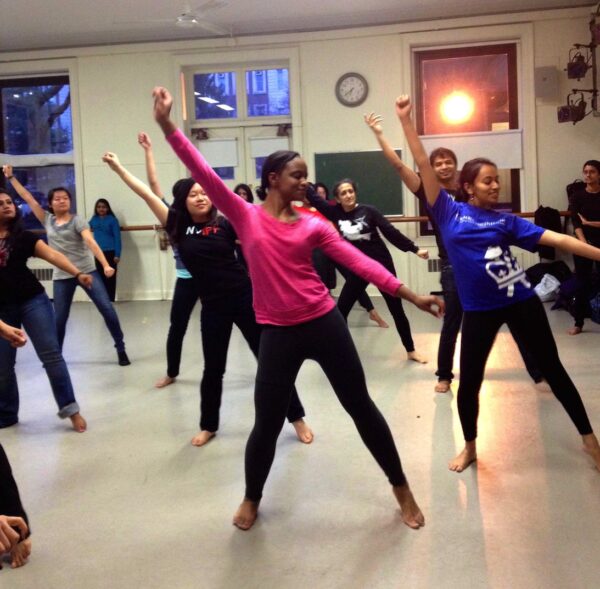 Times Square, an area of the city already bustling with people, was the perfect location for Ajna Dance to surprise New Yorkers with a Flash Mob! Their dance, to the song Jai Ho! from the film Slumdog Millionaire, was choreographed by Minila Shah and the participants were ready to go after only 2 rehearsals. 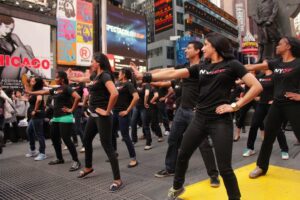 The JME team, who love supporting the international arts world, were very excited to work with the Ajna Dance Company again after having first met them at the International Day to end Obstetric Fistula at the United Nations. For those of you who weren’t able to perform at Times Square don’t worry – you have another opportunity to volunteer for the Flash Mob on April 26 which will be held at Union Square! 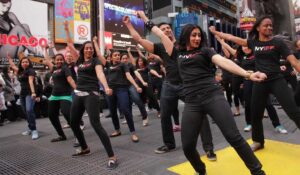 The dance was to promote the upcoming 14th annual New York Indian Film Festival (NYIFF) being held May 5 – 10. This five-day festival presented by the Indo-American Arts Council will include movie and documentary screenings, post-screening discussions, industry panels, special events, and networking parties around New York City. 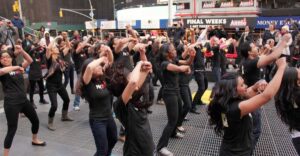 For more information about the next Flash Mob, contact Minila Shah, info@ajnadance.com. Rehearsals start on April 20 – and you don’t have to be a professional dancer!

For more info on the New York Indian Film Festival you can check their schedule here, and purchase tickets here.