The Anglo Files with Sarah Lyall 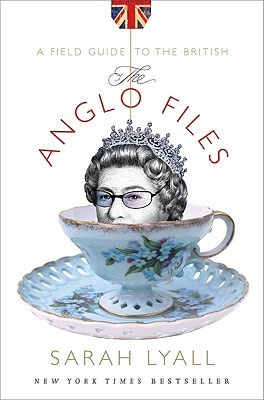 Sarah Lyall, an author especially famous for reporting on the curious habits of the British was the guest speaker at the National Arts Club, a beautiful historical landmark building near Gramercy Park this past Monday. The event hosted by John F. Andrews OBE, President of the Shakespeare Guild, was to discuss her return to the States and her book from 2008 The Anglo Files: A Field Guide to the British. Lyall and Andrews covered everything from current affairs, the royal family, cricket, hedgehogs and her experience as a correspondent for the New York Times while living abroad in London. Lyall is a born and bred New Yorker, which allowed her to relate to many of the audience members who had also spent extended periods of time living in the UK after growing up in the US.

The conversation was followed by a lively Q&A between Lyall and the attendees who eagerly discussed topics ranging from US and UK politics, Prince Charles and, of course, British pubs! 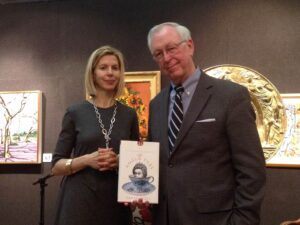 I think everyone agreed that “England and America are two countries separated by a common language,” – George Bernard Shaw.

After 18 years in London Sarah Lyall is now adapting to life back in New York, along with her English family.  We hope a follow-up book is soon in the works!